Study: 99.6% in Germany have Herbicide in their System, Less for Vegetarians/Vegans

People for the Ethical Treatment of Animals (PETA) has released their 2016 list of the top vegan cities in the United States, and some of the cities on the list may surprise a few people.

In addition to many meat-free restaurants, Portland’s all-vegan enterprises include a bed and breakfast, a summer camp, a punk-metal bar, a strip mall, a tattoo shop, and even a strip club for those seeking a bit more excitement! 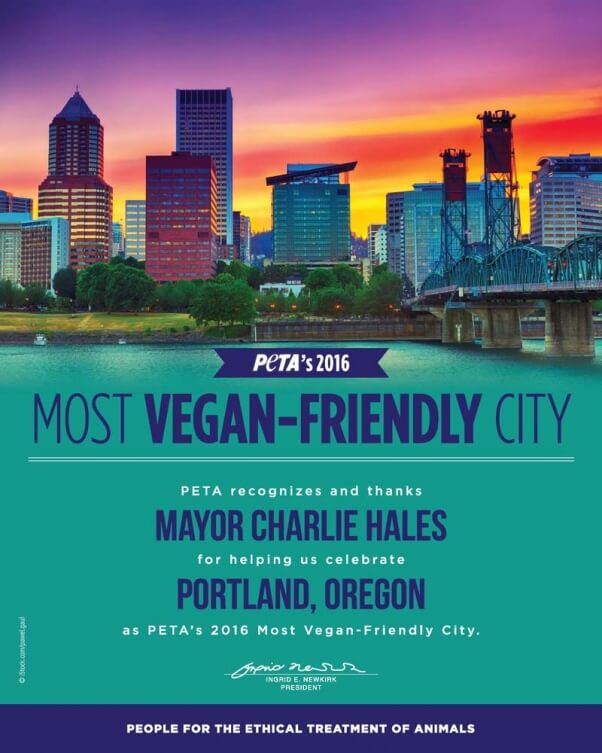 The City of Angels has more listings on HappyCow—a website that lists regional vegan and vegan-friendly eateries and events—than any other U.S. city. L.A. is home not only to an animal rights–related museum but also to PETA’s West Coast headquarters, so you can rest assured that the vegan options have been thoroughly, um, tested.

Looking for vegan guilty pleasures? Stop by Donut Friend, which offers a wide variety of unique vegan doughnuts and vegan fillings, such as coconut cream, cream cheese, and more. Erin McKenna’s Bakery LA, Scoops, and Donut Farm are just a few others that offer mouthwatering vegan desserts. Anyone looking for late-night vegan cheeseburgers and chili cheese fries can head over to Doomie’s Home Cookin’.

It would take ages to mention all the vegan-friendly spots in the city, but BuzzFeed’s “21 Vegan Places in Los Angeles That’ll Make You Want Seconds” should help convince you that vegan options abound in L.A. 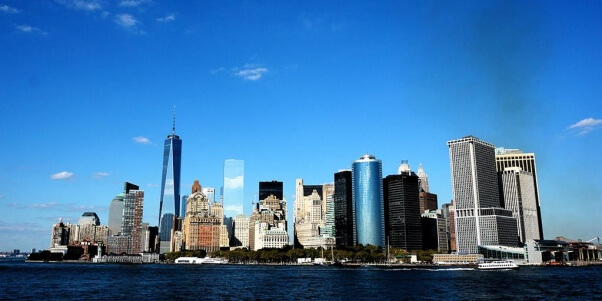 In addition to Candle 79, Blossom, and the other restaurants mentioned in PETA’s 2013 list of top vegan-friendly cities, there is by CHLOE, a vegan restaurant featuring locally obtained ingredients, and Franchia Vegan Cafe, which is one of the best Asian-fusion restaurants in the country. VSPOT, which has a location right next to New York University, serves scrumptious Latin fare, and Blossom du Jour, V Burger, VLife, and Terri have locations throughout the city where diners can get an inexpensive and delicious vegan lunch.

Plant-based eating has become so popular that famed restaurant owner Ravi DeRossi is making his 15 bars and restaurants vegan! Vegan pop-ups appear throughout the city as chefs rent out locations to try cutting-edge new vegan fare. New York City has a plethora of animal advocates who routinely speak out against horse-drawn carriages, fur, and using animals for food. There’s even a Veggie Pride Parade each April. 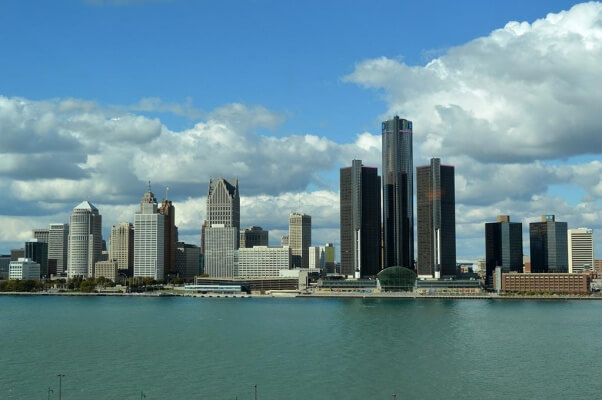 Detroit is going through a revitalization, and vegans are being welcomed with open arms. Residents rave about Detroit Vegan Soul, which offers mac and “cheese,” “catfish” tofu, barbecue tofu sandwiches, collard greens, and okra stew, among other vegan dishes. Seva serves vegan buffalo tempeh wings and Thai noodles. Whether you live in this former “meat and potatoes town” or are just passing through, be sure to check out these noteworthy vegan-friendly spots:

Nashville, Tennessee, is perhaps best known for country music, and vegan country star Carrie Underwood has helped put vegan living on the map. It’s now easier than it’s ever been to find vegan options in the Grand Ole Opry state, which is why Nashville is on our list for the first time. You can find vegan offerings everywhere, from Vegan Vee bakery to Avo, a new vegan restaurant that offers vegan wine and tree nut cheeses. Coco Greens café went from vegetarian to vegan in 2014, and the ever-popular vegan-friendly Sunflower Vegetarian Cafe has “more vegan and gluten-free options than you can shake a stick at!” Frothy Monkey lists tofu as a meat, The Urban Juicer is one of the many spots offering almond and soy milk, and Mad Donna’s offers a vegan black-bean burger.

Los Angeles isn’t the only vegan-friendly city in California. A lot of restaurants in San Diego now offer vegan options. Take, for example, Civico 1845 in Little Italy, which offers an entire vegan menu, including desserts. And if dessert is your thing, you’ll probably also like Moncai Vegan, a vegan restaurant and bakery that sells vegan cupcakes, vegan cinnamon rolls, and vegan doughnuts. Speaking of vegan doughnuts, they can also be found at Donut Panic.

Who’s up for Mexican? Ranchos Cocina is a vegan-friendly Mexican restaurant that offers vegan cheese and a variety of faux meats, and be sure to check out Casa de Reyes, a restaurant in Old Town. Pokez Mexican eatery also offers various vegan options. If you’re in the mood for Thai, try Veganic or the vegan-friendly Plumeria. If you’re looking for vegan fast food, try Evolution and Plant Power Fast Food. Want fresh fruits and veggies? Check out Sol Cal Cafe, a vegan-friendly market and juice joint, which was created in part by former NFL great Jacob Bell.

Kindred is a vegan death-metal cocktail bar that serves everything from Seared Cauliflower Steak to Memphis BBQ Jackfruit sandwiches, and Peace Pies is a vegan spot that practices a “strict zero waste” policy. Other vegan-friendly places in San Diego include The Purple Mint Vegetarian Bistro and Sipz Vegetarian Fuzion Cafe.

Because California has had a drought for so long, local activists persuaded many “meaty” restaurants in town to put up signs encouraging customers to choose their vegan options as a way to help conserve water. Vegan food is everywhere you look in San Diego, including at Petco Park, which made PETA’s annual list of vegan-friendly stadiums last year, and peta2 named the University of California–San Diego a vegan-friendly campus in 2015.

What’s paradise without vegan food? Hawaii’s capital is becoming more and more vegan-friendly every year, and it’s currently home to these and other vegan-friendly restaurants:

It may be in cattle country, but Austin, Texas, has plenty of places that serve cow-free food. It even took the top spot on PETA’s list of vegan-friendly cities in 2013. In addition to all the vegan food trucks, vegan-friendly restaurants, and the vegan ice cream parlor that we raved about in 2013, there is now Counter Culture restaurant, which serves meat-free and dairy-free food featuring produce from local farmers. Locals love vegan food trucks, The Vegan Yacht, The Vegan Nom, Guac N Roll and BBQ Revolution. And there are even more all-vegan businesses: Arlo’s, Bistro Vonish, Capital City Bakery, Casa de Luz, Cool Beans, Happy Vegan Baker, Rabbit Food Grocery, Skull and Cakebones, and Unity Vegan Kitchen. 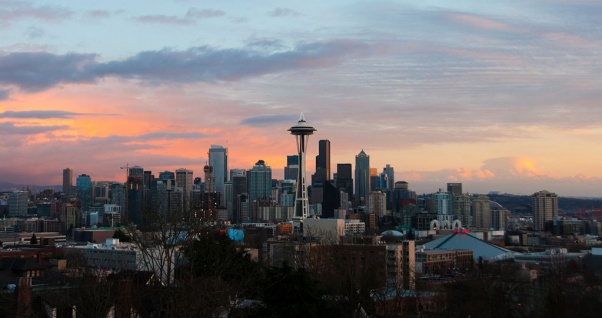 Not only is Seattle full of vegan-friendly coffee houses and cafés, including 701 Coffee and Chaco Canyon Organic Café, it also has an all-vegan grocery store called Vegan Haven. Vegan options are available throughout the city, including at Pizza Pi, the country’s first vegan pizza place; Plum Bistro; Cycle Dogs, a bicycle-pulled vegan hot dog cart; Wayward Vegan Cafe; and Thrive, which serves raw and vegan food that’s gluten- and peanut-free. It’s clear that no amount of rain can dampen Seattle’s hard-core vegan spirit! 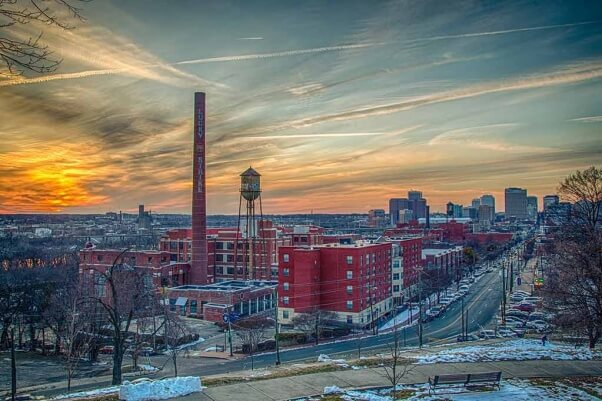 Virginia’s “River City” is packed with many vegan-friendly eateries. Among them is Strange Matter, a popular hangout that has vegan nachos, vegan mac ‘n’ cheese, vegan chicken cheesesteak sandwiches, and much more. Phoenix Garden, a Vietnamese noodle house featuring plenty of filling vegan food is another not-to-be-missed restaurant. Harrison St. Café, Ipanema, and 821 Café all offer mouthwatering vegan options. For the Love of Chocolate even caters to vegan chocoholics.

Anthony Martinelli is the co-founder and Editor-in-Chief of The Vegan Herald, a vegan news and information website that launched in 2015.