After conducting a months-long trial period at certain test locations over the past year, Panda Express has officially announced the launch of their Beyond The Original Orange Chicken at all of their over 2,300 locations across the United States starting today. 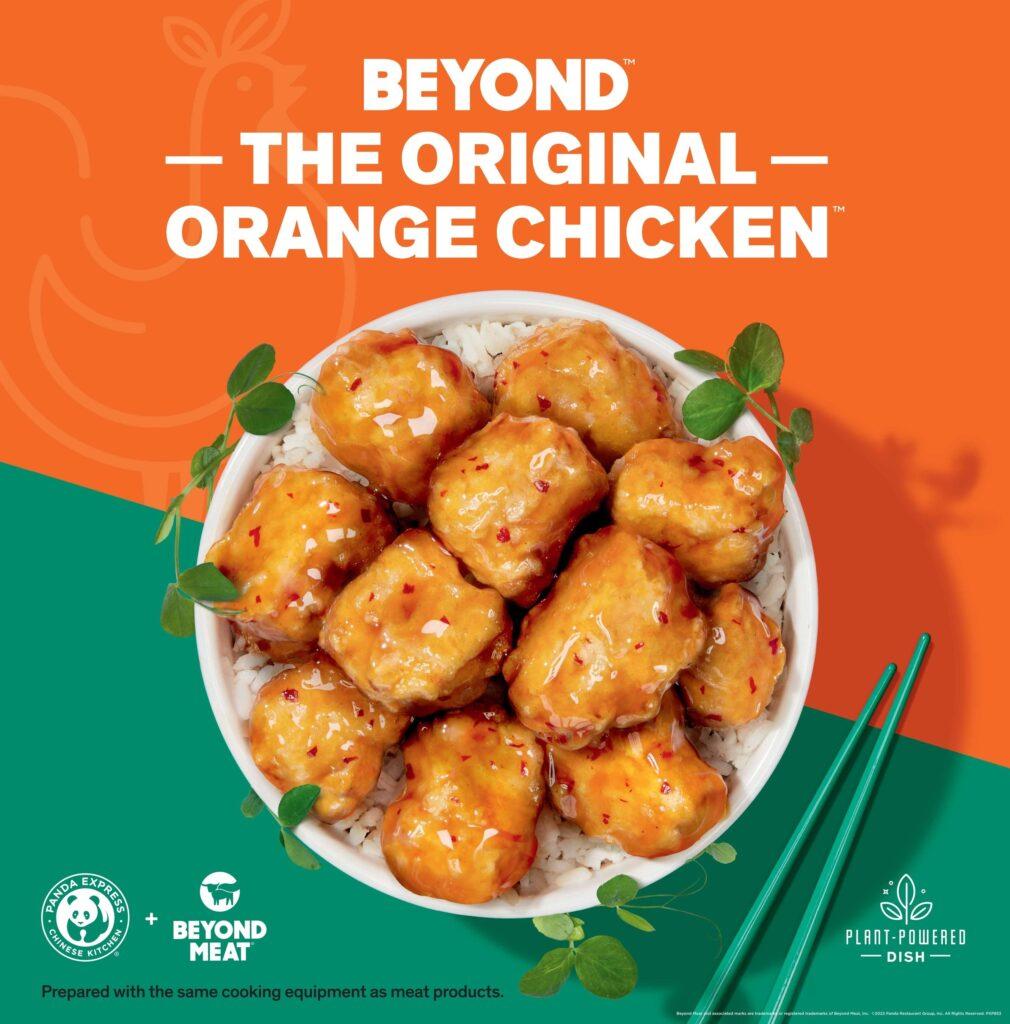 “Our team has been overjoyed by the undeniable excitement and incredible demand generated when we first introduced Beyond The Original Orange Chicken last summer as an innovative twist on our most iconic dish,” says Andrea Cherng, Chief Brand Officer at Panda Express. “After nearly 40 years of creating original American Chinese dishes, quality and innovation remain at the core of who we are. We’re continuously exploring creative ways to present our guests with the comfort and crave-ability they can expect from Panda while appealing to their evolving preferences and tastes.”

Beyond The Original Orange Chicken was first introduced as a limited launch across Southern California and New York City in 2021, selling out across several locations in less than two weeks. Due to its high demand, Panda chefs wok-fired more than 1,300 pounds of Beyond The Original Orange Chicken in just the first day alone. After the successful initial launch, Panda brought this new fan-favorite entree to 70 locations in ten markets.  Now, it’ll be at all 2,300+ locations.

“We are thrilled to offer Beyond The Original Orange Chicken to consumers nationwide for the very first time,” said Dariush Ajami, Chief Innovation Officer at Beyond Meat. “By partnering with Panda Express to introduce new and innovative plant-based options that deliver the delicious taste and experience of their iconic menu items, we’re enabling people to enjoy their favorite dishes with the upsides of plant-based meat.”

According to a press release, “this delicious entrée is co-developed with Beyond Meat® to capture the irresistibly crunchy texture and flavor of The Original Orange Chicken®, while giving guests the flavor they know and love as a plant-based option. Panda is the first national Asian restaurant concept to serve Beyond Meat across the U.S. This expanded partnership perfectly brings together Panda’s expertise in American Chinese recipes and Beyond Meat’s best-in-class plant-based protein capabilities to create a fresh new take on a classic favorite.”