Unreal Deli, “the world’s first and leading provider of premium plant-based deli meat”, has announced the launch of its fully sliceable bulk meats into 125 Hannaford Supermarket locations at the store’s service deli counters, with more stores to come soon. 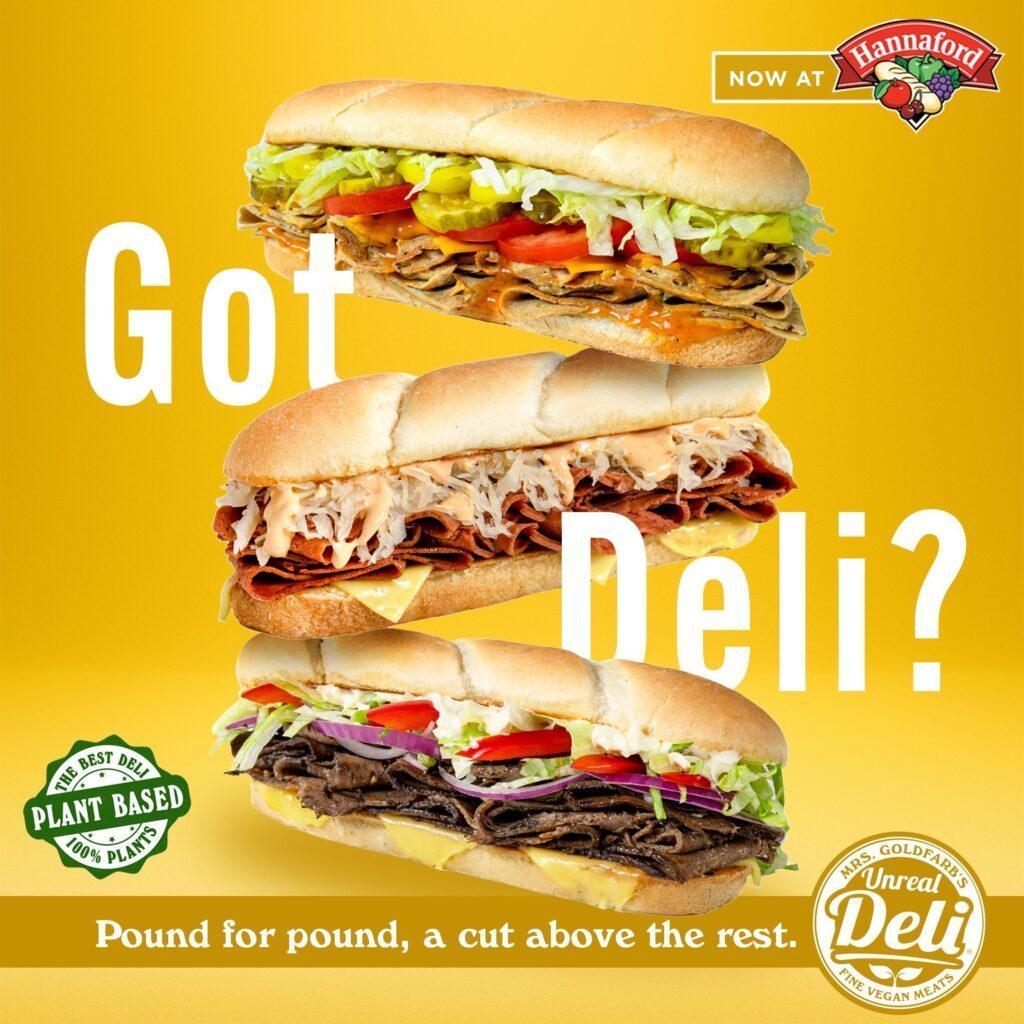 Now, these plant-based meats “will be placed behind the glass alongside traditional animal-based deli meats and will be available to purchase in true hand-sliced deli style throughout multiple states”, according to a recent press release.

“This is a groundbreaking moment for our brand, and we are proud to provide consumers with the same experience you’d have buying animal-based deli meat,” said Jenny Goldfarb, Founder of Unreal Deli. “My New York City deli roots are what inspired these products and we’re thrilled to have our premium plant-based offerings available in key markets across multiple states behind the deli counter glass alongside other traditional delicatessen products.”

The deli meats included in this new move are Unreal Steak Slices, Unreal Corn’d Beef, and Unreal Roasted Turk’y. Each product is packed with protein ranging from 14-15g per 2 oz serving, and all Unreal Deli products are vegan, Kosher, and free of cholesterol, nitrates, and GMOs. Products retail for $12.99 per pound and are behind deli counters now at select Hannaford Supermarket locations across the country. To find Unreal Deli products near you, visit unrealdeli.com/pages/retailers.

Unreal Deli launched in 2019. It’s well-known for having received a $250,000 investment from Mark Cuban on the popular TV series Shark Tank.