In a new ad campaign for PETA Alicia Silverstone poses nude in and encourages that people “Don’t Be A Prick” by using animal-based leather and wool.

“I never, ever, get naked in TV, in film, nothing, but I’ve done it for PETA”, says Silverstone, who is encouraging people to use plant-based alternatives to leather.

“There’s this idea that leather is somehow better for the Earth, but what they don’t realize is the amount of resources, water, food, oil for transport, the amount of energy that goes into making leather is extraordinary”, she says.

“If she has to get naked for you to care about animals, then that’s what she’ll do! Longtime animal advocate Alicia Silverstone joins PETA once again to bear it all and remind folks not to be a prick and to wear vegan!”, Peta says in their announcement of the ad campaign. “Every year, the global leather industry slaughters more than a billion animals, including cows, pigs, goats, sheep, cats, and dogs. Because the source of the chemically treated skin is normally not labeled, it’s hard to know whose it really is.” 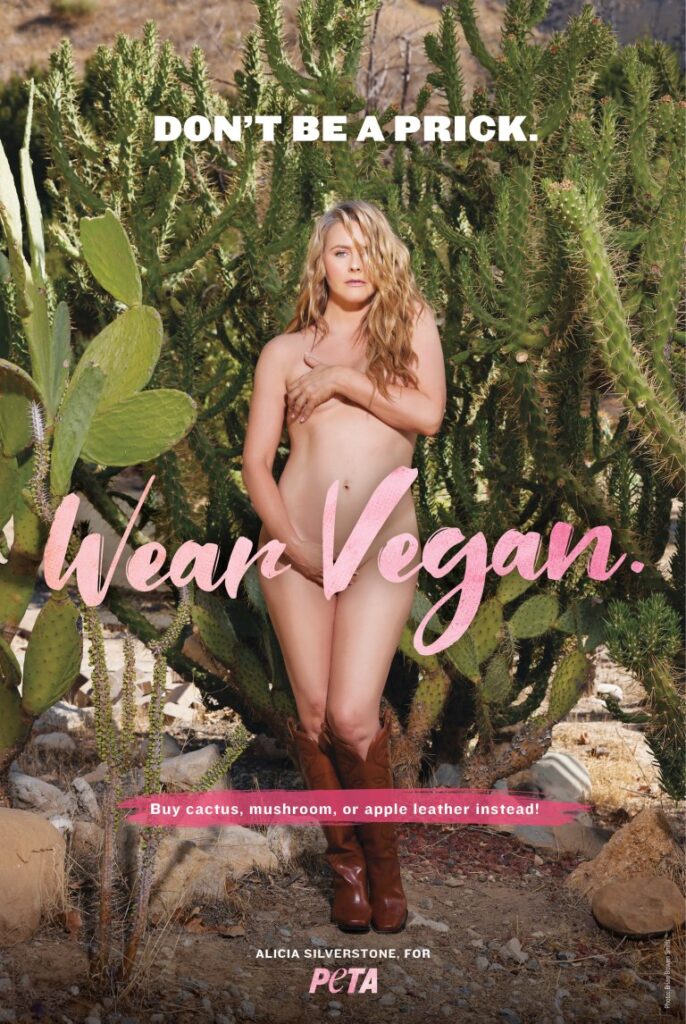 PETA notes that “In the U.S., millions of cows and other animals who are killed for their skin endure the horrors of today’s farms, such as extreme crowding and deprivation, castration, branding, and tail docking—all without painkillers. At slaughterhouses, workers shoot animals in the head with a captive-bolt pistol in an attempt to stun them, hang them upside down by a hind leg, and stab them in the throat so that they’ll bleed to death. Many animals aren’t properly stunned and are still able to feel the excruciating pain of being dismembered and skinned.”

They continue: “Cows are intelligent, sensitive animals who feel joy and fear, just as dogs and cats do. They develop complex relationships and get excited when they achieve a goal. They also mourn the deaths of their friends and prefer to sleep close to family members.”

Not only is leather production cruel to animals, it also destroys to the environment, notes PETA. “Raising animals just to kill them for their body parts requires huge amounts of food, pastureland, water, and fossil fuels. Animals on today’s farms worldwide produce 130 times as much excrement as the entire human population, without the benefit of waste treatment plants. The U.S. Environmental Protection Agency has even acknowledged that livestock pollution is the greatest threat to our waterways.” 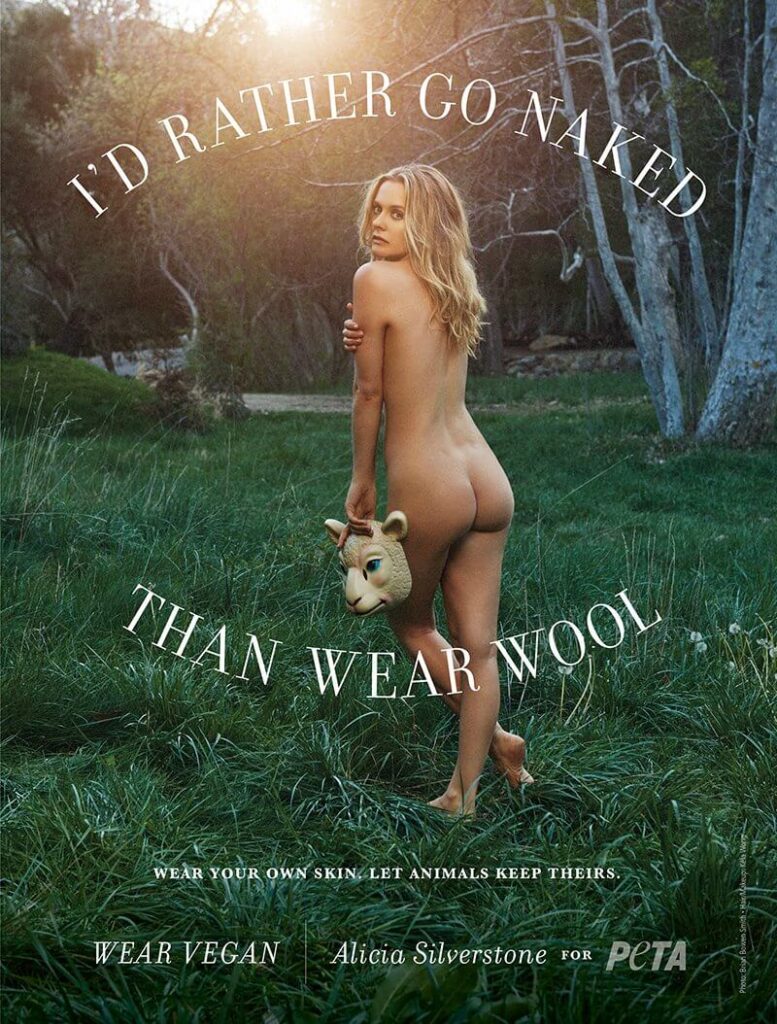 According to the Higg Materials Sustainability Index, the production of leather made from cow’s skin contributes more to global warming, water pollution, water depletion, and greenhouse gas emissions than that of any synthetic or plant-based vegan leather. Cow leather has nearly 10 times the negative environmental impact of plant-based leathers and nearly six times that of polyurethane, a synthetic vegan material.

PETA is encouraging people to “Join Alicia Silverstone in Saying No to Leather!”

Cruelty is a choice. When you shop, you can make a difference and help reduce the number of animals killed for fashion by choosing one of the many innovative and sustainable vegan leather materials available, including mushroom, apple, and cactus leather. Check out PETA’s guide to wearing vegan so that you can keep cows and all other animals out of your closet. Take a pledge today not to buy or wear leather or any other animal-derived materials!