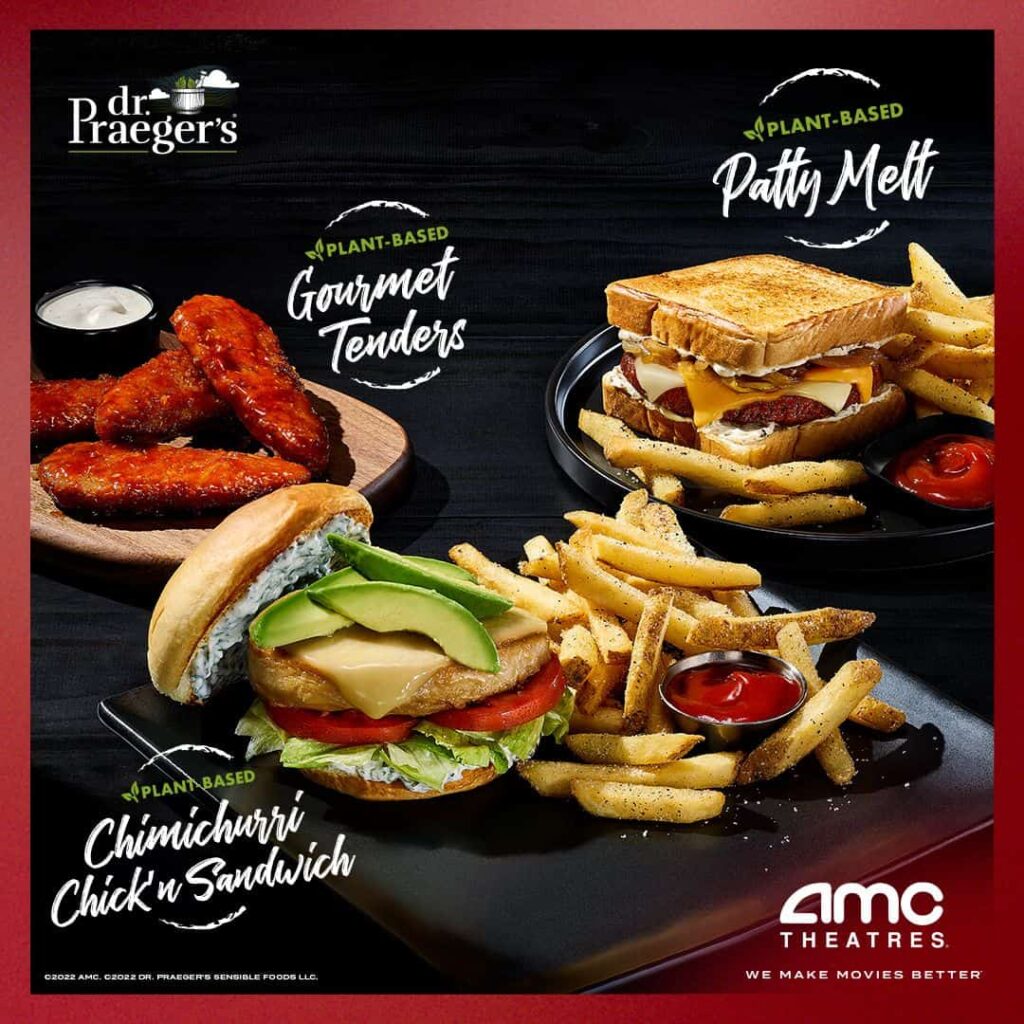 AMC Theatres in the Northeast have begun carrying three new menu items made with Dr. Praeger’s chicken and burgers, with a plan for a nationwide launch in the near future.

Dr. Praeger’s, founded in 1994, is known for their “Perfect” line of plant-based meats inclufing The Perfect Burger, Turk’y Burger and Chick’n Tenders, all of which are designed to be healthier than popular alternatives without sacrificing taste or texture.