The global dairy alternative market is currently valued at $22.24 Billion, and new projections show that this is expected to grow to $50.73 Billion by 2028 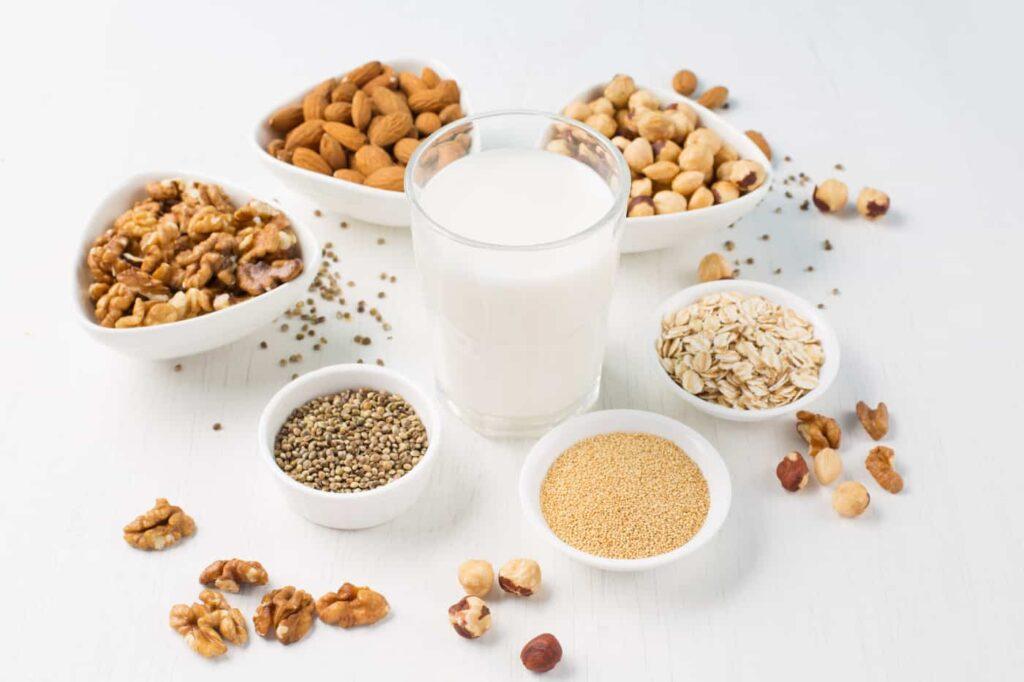 “Increasing demand for organic foods, rising awareness regarding the health benefits of consuming plant-based dairy alternatives and growing social media marketing of plant-based dairy alternatives are some of the major factors driving the growth of the Global Dairy Alternatives Food Market”, states the new report. “The global dairy alternative market is going to see a considerable amount of growth in the coming years and the growth in the market is going to come as the products which are substitutes of Dairy products are now finding a good market with the adoption at a large scale as there is awareness about the health benefits of the products.”

The report continues: “There is growing demand for the dairy free or lactose free products. The lifestyles are changing with the health awareness growing and an increase in the instances of the lactose allergies and growth in the application sectors which are growing at a rapid pace.”

Dairy alternative market forecast “shows growth on account of the nutritional benefits like the reduced levels of cholesterol, improved cardiovascular health and control of diabetes which has created an increase in the consumption of the products”, states the report. “The soy milk is one such alternative which is consumed widely as a rich source of proteins and fiber. The dairy alternatives milk usually has fewer calories, lesser fat and more content of water as well as some vital minerals and vitamins. The low-fat and low carb varieties of the dairy alternatives help in the reduction of fat. These nutritional benefits contribute to the growth of the market.”

The population is growing all over the world and there is more pressure being put on the scarce resources. The high energy prices and the rise in the raw material costs impact the prices of food and therefore affect the consumers who belong to the low-income strata. The pressure on supply of food is being exaggerated by the shortage of water in the regions of Asia Pacific, North Asia and Africa and also provides an advantage in terms of cost. The high demand in addition with the lower cost of production is a major feature which is going to aid the dairy alternatives manufacturers and suppliers who target this market.

Below is a look at the Dairy Alternative Market: Key Trends

Dairy alternative market trends suggest that because of the rapid change in the lifestyle of people, there is a shift towards the healthier versions of many products which are deemed to be more nutritious. The fast food is increasingly becoming differentiated from the junk food as the consumers of the modern world are seeking a quick and easy option which is healthy too. What also aids the market is the growth in the disposable income of people which is going to fuel the demand for convenient food which is highly nutritious and healthy. This is particularly true in the developing markets.

The global dairy market has been a dominant market over the years and therefore there is limited awareness about the benefits that are offered by the substitutes. This is one of the major challenges to the growth of the market. A few of the consumers feel that the nutrition in the traditional dairy content is more and the content in the alternatives is less and therefore there is a reservation towards adopting the alternatives.

The virgin segment is going to account for one of the top shares in the market. the virgin dairy alternatives are used widely in the baking, confectionary as well as the beverage industries because of the creamy and tropical flavour. The oil also is widely used in the functional foods, pharma products and cosmetic products because of the antioxidant properties that it has which serve in the fight against the free radicals which exist in the human body.

On the basis of source, the segment of coconut is going to be largest share in the market. A coconut’s grated white flesh is used for making the coconut milk. For the extraction of the high-fat coconut cream, the grated meat is pressed first and then soaked in the hot water and filtered through the cheese cloth for straining out milk. This milk also offers a creamy texture and a richer taste. This is popular in the dairy alternative market in the South American and Asian regions.

When it comes to the formulation, the flavored segment is going to have the largest growth in the market. The flavored segment recognizes the role of natural and the dairy-free flavors for overcoming the drawbacks of the texture and taste in the alternatives and it is important for both the improvement of taste and the shortening of commercialization of launch of the product. The flavors may be added at the beginning of the production for neutralization of an alternative base of dairy, mask grassy or the beany flavors and the balancing of astringency or chalkiness. There is a growth in the lactose intolerance among people who are seeing a rise in their health consciousness and an increase in the demand for healthy, convenient and low-calorie products from the consumers and these are the main factors which drive the demand for the desserts that are dairy free. The manufacturers have realized this opportunity and invested in the development of newer products for tapping the market.

The market which is growing regionally is the Asia Pacific market and the growth can be attributed to the increase in the demand for the natural products that offer the health benefits. The demand for the dairy alternatives is seeing a rise in the region because of the presence of major populated economies like India and China where there is a change happening in the lifestyle as they are seeing an increase in purchasing power and turning to the alternatives.

On Special Requirement Dairy Alternatives Market Report is also available for below region:

On January 7th, 2021– Dutch Bros., the country’s largest privately owned drive-thru coffee chain, offered vegan oat milk to more than 400 locations nationwide. The new oat milk was ordered for around USD 0.50 charges in any beverage. And the new vegan milk was also part of the chain’s new The Oat Kicker Latte, and it is a permanent menu item, and it was promoted.

On 12nd June 2020; The Indian startup Epigamic has launched a range of plant-based yogurt for Indian consumers which was made with coconuts. With its creamy texture, the company claims the yogurt’s consistency was almost indistinguishable from conventional dairy yogurts. It was available in two flavors they are Unsweetened and Coconut Jaggery. And it was great in probiotics and free of preservatives. By launching coconut milk yogurts, Epigamia aims to decrease its impact on the environment. And it’s not just the yogurts that are more sustainable than conventional dairy products and are available from the brand’s online store.

On 16th March 2020; Paris-based Bel Group, a subsidiary of Unibell and owner of household cheese brands such as Babybel, Laughing Cow, and Boursin; acquired All in Foods, a French startup that creates the Nature & Moi brand. Bel Group states this was part of a mission to become a major player in the healthy snack market.

On 29th March 2022- The Germany’s largest dairy cooperative, DMK launched plant-based products under its MILRAM brand. The new oat-based range contains vegan desserts, chocolate milk, and rice pudding. The desserts arise in vanilla and chocolate flavours, made with natural bourbon vanilla and Rainforest Alliance certified cocoa respectively. Similarly, the rice pudding and chocolate oat milk both are ready to eat and have a short, recognisable ingredients list. According to DMK’s research, around 40% of MILRAM buyers already buy milk alternatives, advanced than the German average. Also, sales of plant-based desserts are rising in this country. While maximum consumers said they would prefer these types of desserts to be made with oats, the vast majority are currently interested in soy-based, indicating that DMK has found a gap in the market.