Ben & Jerry’s has announced its newest plant-based ice cream, “a delicious partnership with Ava DuVernay.” “Yes, “Queen Sugar” is no longer simply a show by Ava DuVernay, it may be a moniker befitting of the …

According to the newest Global Dairy Alternative Market report, the market is expected to reach a value of $42.26 Billion by 2027, from $22.01 Billion in 2021. This represents a compound annual growth rate of …

According to a new report by the Institute for Agriculture & Trade Policy, the top five meat companies and the top 10 dairy companies produce 80% of the methane of the entire European Union (which …

Greater adherence to a plant-based diet was associated with a lower risk of type 2 diabetes in postmenopausal women in a recent study published in the journal Diabetes Care. A plant-based dietary pattern, “the Portfolio …

According to a new study published by the Journal of Nutritional Science, “dietary shifts toward plant-based nutrition effectively reduces dietary-induced, low-grade metabolic acidosis.” “Contemporary diets in Western countries are largely acid-inducing and deficient in potassium …

Vegetarians and vegans appear to have better left ventricular relaxation and fewer diastolic abnormalities than others, finds a new study. 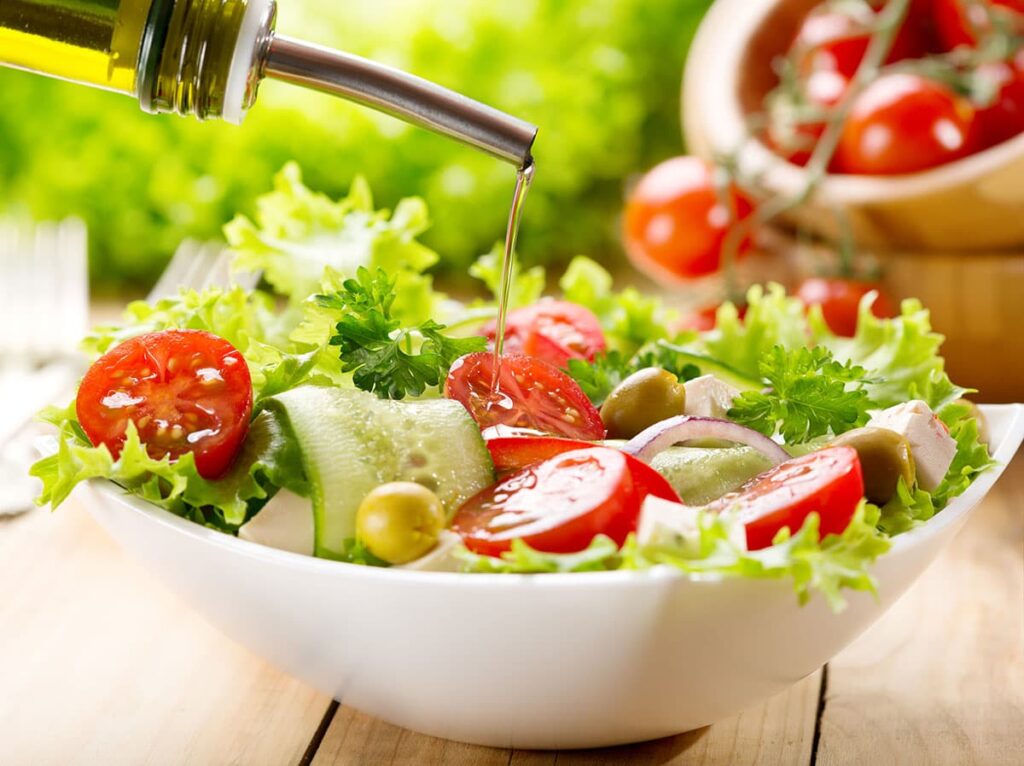 Published by the British Journal of Nutrition, the study was conducted by researchers at the Loma Linda University Medical Center and School of Public Health, and the University of California Riverside School of Medicine. The study is titled Left Ventricular Diastolic Abnormalities in Vegetarians as Compared with Non-vegetarians.

Los Angeles City Council Votes Unanimously to Join Plant Based Treaty, Largest City to do So

The Los Angeles City Council has voted unanimously to adopt the Plant Based Treaty. 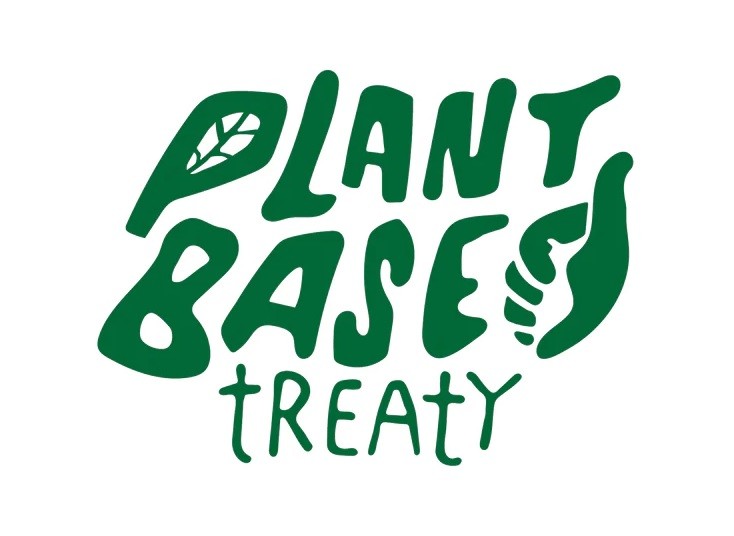 “The adoption of a Plant Based Treaty as a companion to the UNFCCC/Paris Agreement will put food systems at the heart of combating the climate crisis”, states the official website for the Plant Based Treaty. “The Treaty aims to halt the widespread degradation of critical ecosystems caused by animal agriculture, to promote a shift to more healthy, sustainable plant-based diets and to actively reverse damage done to planetary functions, ecosystem services and biodiversity.”

Some of the other cities who have endorsed the treaty include Boynton Beach, Florida, Bhuj City, India, the City of Burienos Aires, Argentina, DIdem in Turkey and Haywards Heath in the United Kingdom. In addition to cities endorsing the treaty, it’s been endorsed by over 900 business and over 900 organization, as well as over 60,000 individuals.
END_OF_DOCUMENT_TOKEN_TO_BE_REPLACED

The plant-based meat industry has blown up in recent years, but these 10 products stand out among the crowd. 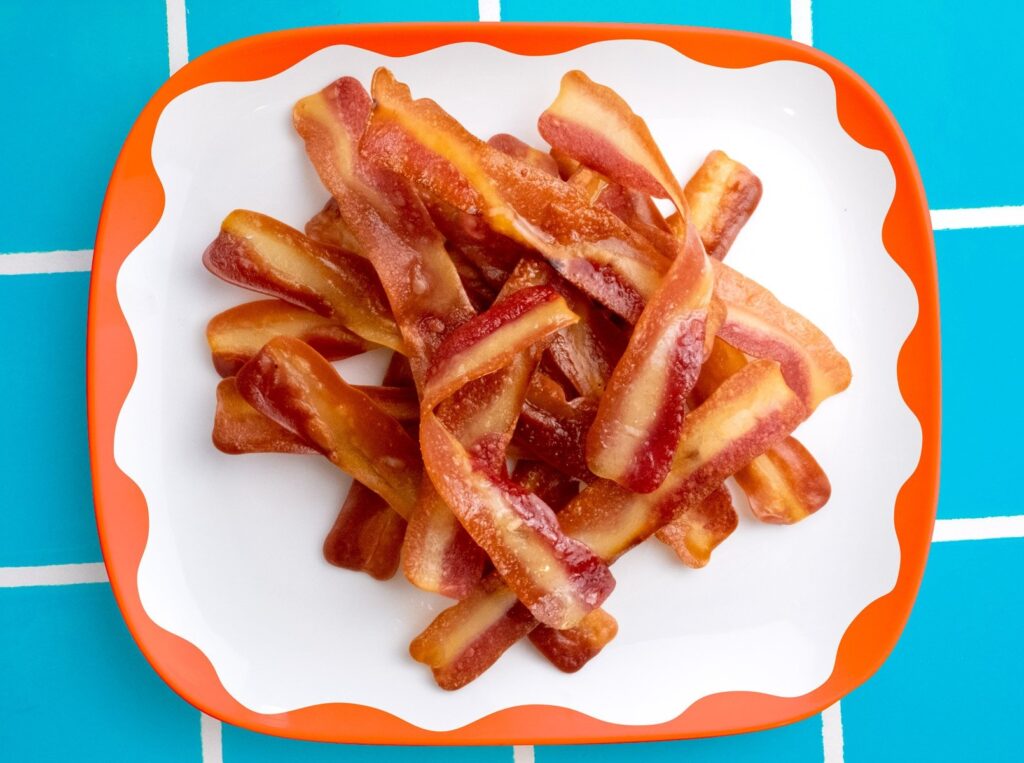 There’s a large variety of great vegan meat products now available, making it difficult to narrow down the list to the top 10. However, with careful consideration, that’s exactly what we’ve done!

Below is the Top 10 Plant-Based Meats, as decided by The Vegan Herald team:
END_OF_DOCUMENT_TOKEN_TO_BE_REPLACED

Switching to a low-oil plant-based diet that consists of daily soybeans “significantly reduced the frequency and severity of postmenopausal hot flashes and associated symptoms”, finds a new study published in the journal Menopause. 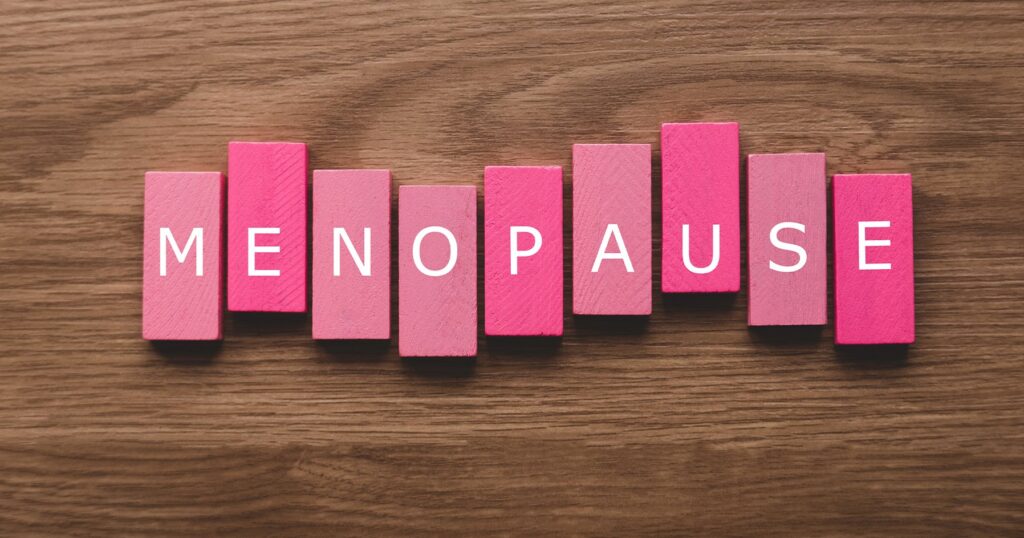 “Postmenopausal vasomotor symptoms disrupt quality of life”, states the abstract of the study. “This study tested the effects of a dietary intervention on vasomotor symptoms and menopause-related quality of life.” The study was conducted by researchers at Cincinnati Children’s Hospital Medical Center, the University of Utah and the DC based Physicians Committee for Responsible Medicine.

For the study, postmenopausal women reporting at least two moderate-to-severe hot flashes daily were randomly assigned, in two successive cohorts, to an intervention including a low-fat, vegan diet and cooked soybeans (½ cup [86 g] daily) or to a control group making no dietary changes.

END_OF_DOCUMENT_TOKEN_TO_BE_REPLACED

Founded in 2021 by a team of 3D printing, chemistry, and bioengineering PhDs, a company in Israel has created a 3D printed vegan salmon that looks and taste just like the real thing. 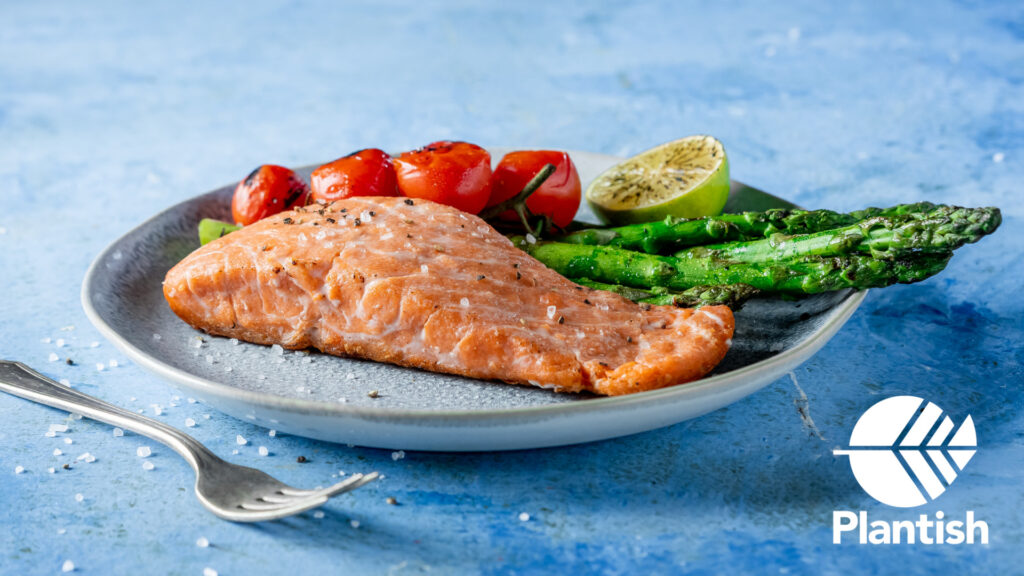 “We are foodie scientists on a mission to create boneless fish whole-cuts made entirely out of plants”, says the company’s website. “At Plantish, we are creating the future of seafood! We are developing a breakthrough technology using additive manufacturing to produce seafood and sustainably feed the world at scale.”

The team’s vision “is to become the world’s leading seafood brand, and we are looking for wonderful, impact-driven people to join us on this ambitious task.”

END_OF_DOCUMENT_TOKEN_TO_BE_REPLACED

Wicked Kitchen has announced its foray into serving sports teams and fans in the U.S. with its first plant-based concession stand. 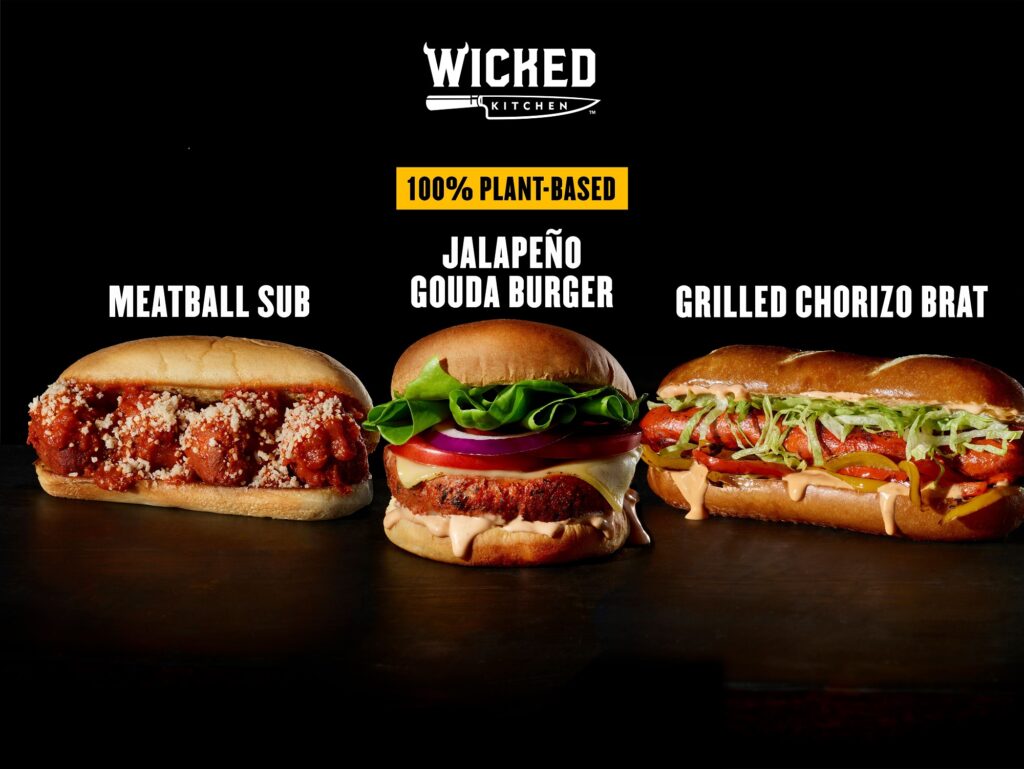 The 100% plant-based concession stand is debuting at the Target Center in partnership with the Minnesota Timberwolves in its home court of Minneapolis.

“Aligning with a mutual desire to provide plant-based options for fans, the Timberwolves and Wicked Kitchen have partnered to create the 100% animal-free food venue that will welcome fans throughout the season”, states a Monday press release. “The menu of elevated gameday favorites includes chef-created subs, burgers and ice creams, all made entirely of plant-based ingredients and packed with mouth-watering flavors appealing to a wide variety of palates.”

END_OF_DOCUMENT_TOKEN_TO_BE_REPLACED 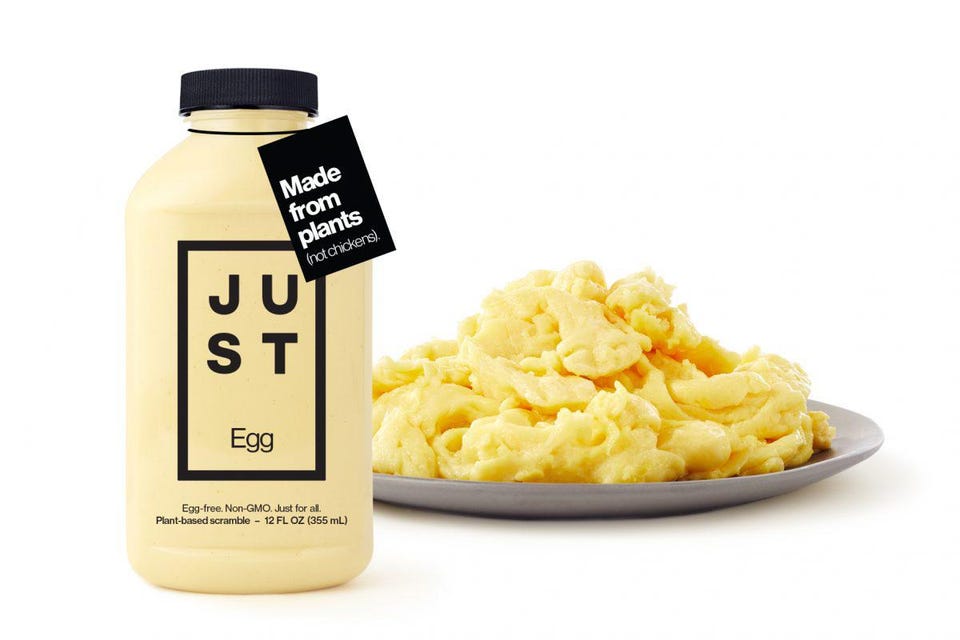 “The vegan eggs segment is growing substantially owing to the growing trends of veganism and their widespread availability across the globe”, states the Egg Substitute Market Report, conducted by Brand Essence. “Rising allergenicity, more awareness about environmental sustainability and a movement in consumer preferences toward vegan diets are some of the major factors driving the growth of the global egg substitutes market.”

According to the report, egg Substitutes are referred to as edible products that can be used as alternatives for eggs. “They are used in bakery products, mayonnaise, ice-cream, chocolates, and custard, among others.”

END_OF_DOCUMENT_TOKEN_TO_BE_REPLACED

Misunderstood Whiskey has announced the forthcoming launch of their new hard Oat Nog. 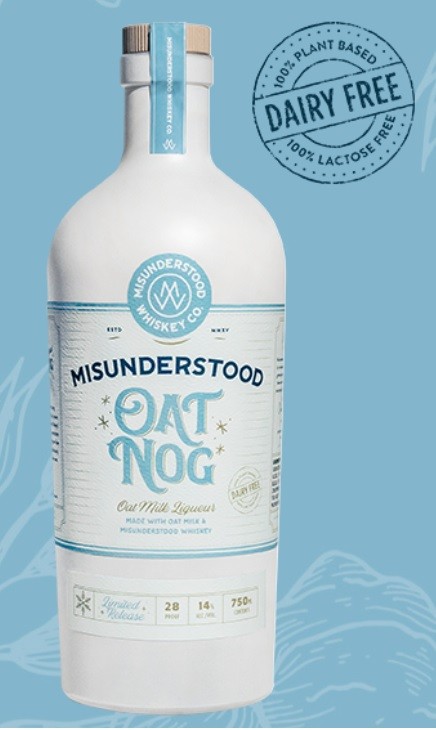 According to Misunderstood Whiskey, “America’s Original Oat Nog is a light & smooth take on a delicious holiday classic without the dairy”, and is made “from honest ingredients & sustainably sourced gluten free oats”.

The oat milk liqueur is a mix of Misunderstood Ginger Spiced Whiskey and dairy free Oat milk. It is 28 proof (14% ABV), and it comes in one size, the standard 750 ML.

Retailing for $29.99, the liqueur is available for pre-order on Misunderstood’s website, with products dispatching “within 3 weeks”. It will also be available at certain U.S. locations within the same time period.